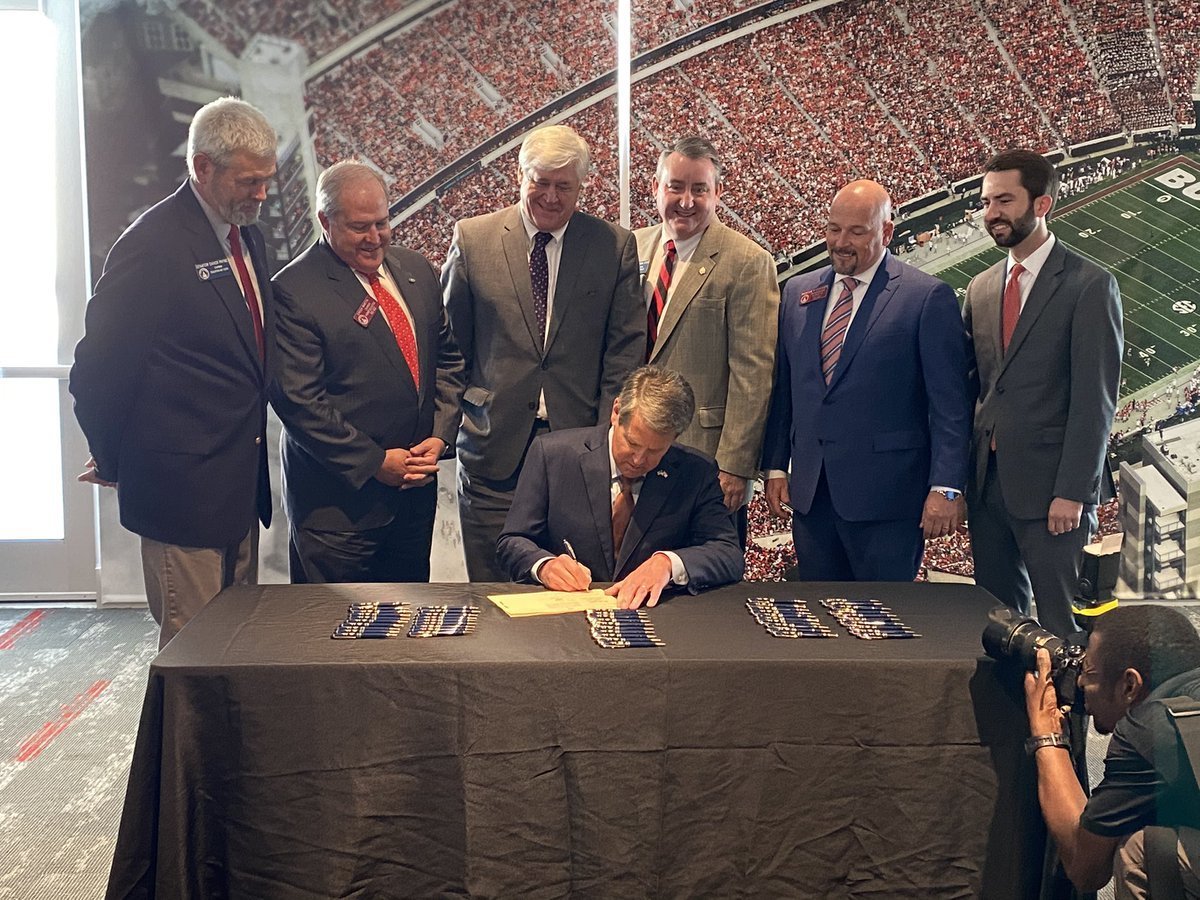 Pay to play may have reached a new low

How do you feel about greed?
We talk a lot about the greed of players all the time.
When a guy chooses money over a championship. When a guy won't take less money to stay with your favorite team or help sign other guys. We have a special place in sports hell for those players who choose greed. We even have outrage for owners who get greedy. Look at what's happening in Europe with the super league fiasco. The fans are breaking into stadiums and demanding the owners sell the franchise. Now image this in my best 30 for 30 voice. What if I told you greed didn't start at the pro level anymore. What if greed came with your college fight song. With the passing of HB 617, greed will now come with a letterman jacket.

On May 6th Georgia Governor Brian Kemp signed into law a bill that allows collegiate athletes in Georgia to receive compensation for their likeness. Now, if you have been following college sports, you're probably saying to yourself, wait this is what people have been crying about for the last decade. I would agree with you if that were true but it's not, because HB 617 allows the school to claim up to 70% of what the student-athlete can bring in. You read that right. Now let me give you a scenario. Last year's number one pick in the NBA draft was Georgia freshman Anthony Edwards. With the new rule if Nike chooses to give this 18-year-old kid a hundred grand to be in a commercial. The University of Georgia could by law take seventy thousand dollars of that money.

This is the same organization that pulls in more than three billion dollars a year to be spread across colligate sports. That figure doesn’t include home ticket sales, jerseys sales, and conference television rights. I mean what the fuck is going on in the state of Georgia if they think this will fly with even one player regardless of sport. Now part of the rule says any funds taken under HB 617 would be deposited into a pool for all athletes at the school and then redistributed upon athlete's graduation. This is before the state and the feds take their cut as well. This is a shit bill that attempts to do like many things in college athletics do, which is hide behind the idea of amateurism. Amateurism is a dead horse that those in power have been riding into battle like that guy from weekend at Bernies. That idea of amateurism died when the head coaches started being the highest-paid employee in the state and by the way that’s true for every state with a power five college football team. So not only are they taking from the players in a way they would never take from coaches, the idea of them giving the money to other players that didn’t earn it is the icing on the cake.

The NCAA used to lie in public when it came to compensation for players. Now not only will they continue that charade with this bill but some smart ass wants to take more from the athletes that are already giving everything they have. The only question I have now is when will Kemp pass that same bill for the grown-ass men that call themselves coaches!