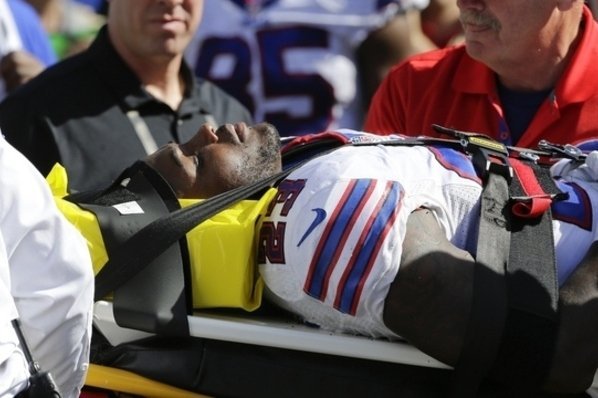 In 2013, the NFL agreed to a multimillion-dollar settlement with retirees who claimed their on-field concussions caused their brain injuries. It has now awarded more than $856 million to compensate victims and pay for their medical exams. But several former black players say they have received nothing despite their concussion-related diagnoses. The vast majority of NFL retirees are black.

Now I didn't want to get here, but here I am and at least now I'm calm about what I'm about to try and explain. The title of this post has nothing to do with clickbait, it's how I really feel. I told you I don't think the NFL cares about black men. I know the NFL will show face when it comes to charity and public statements. If they understand anything, it's PR! They know how to cover their bases when it comes to which fans they don't want pissed. The NFL has made a calculation about which fans they care more about and here is the breaking news it's the white ones. I don't think the NFL is a racist organization. However, as a black man, I have concluded that their organizational decisions have taught me to watch what they do not listen to what they say. It took an uprising and a career sacrifice for the league to invest in the same communities that blindly cheer for them. Look I'm just as guilty. I have made a deal with the devil myself. I will watch the league and root for my team, but I will never buy a jersey or a hat or pay to attend a single game.

The ugly truth about the latest news from the resolved concussion lawsuit is not only groundbreaking it's downright ugly and displays the truth about the NFL. They don't care about black men. Some former black NFL players got together and compared payouts and found out they got a lot less than many of their white counterparts. When you think about it, that sounds like a mistake or some guys looking to kick up some dust because they felt like they should have got more right. There is no way the NFL paid white, retired players more than black retired players, right? Well, after some lawyers got involved and compared payouts of players, not only was that happening, but it turned out to be far worse than it sounds. It's called race-norming. This is how it breaks down. In its use of race-norming, the league compares a given player's cognitive test scores with the supposed norm for his demographic group. Under the methodology, black players are assumed to possess a lower level of cognitive function than the average white player. So for black players to get an equal amount, they had to show far more damage than the average white player because, according to this "test," black players are dumb. Therefore shouldn't be paid as much because there wasn't much to damage in the first place. It sounds like the NFL and their lawyers and doctors have let the cat out of the bag regarding how they value black men.

The NFL has fucked their black fans over more times than I'm willing to admit. But I'm absolutely shocked that they would do this to the same men who help turn this league into a billion-dollar money printing machine. The idea that white players' pain is worth more than another race is gross and disrespectful in so many ways I can't believe it's real. So fuck the NFL and fuck anyone who disagrees with me on this point, and I will see you come time for training camp.