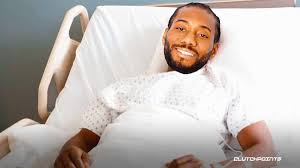 Looks like load management was a load of shit

I love the NBA. I love almost everything about the NBA. I love the players, the drama, and clearly the on and off-court action. The one thing about the game that I am ready to pull the ripcord on is this terrible practice of load management. I know people will ask what about the player's health or what about the athlete's well-being. I hear you, but I don't want to listen to that shit anymore. We have watched this practice of load management sweep through the league with no guidelines or regard for the paying customer. This fan takes time out of their night to sit down and watch their favorite player or team. I had a guy tell me he went to a high school game to watch his kid play, and the best player on the other team was not playing because of fucking load management. I mean damn this takes what about the children to a whole new level. I don't wanna hear the argument about teams protecting their investments. I have seen teams with no chance to make the playoffs this season do load management with guys like D'aron fox and Marvin bailey from the kings or Mo Bomba from the magic.

This season has been tough on the player because of the tight schedule and heavier travel than usual. With all that, it still didn't stop guys from getting hurt and it seems like guys are getting hurt more than ever. The idea that less is suppose to give you more when you need it clearly isn't working like many in the training room thought it would. Just recently, The Godfather of load management may miss the rest of the season with a sprained or torn ACL. This man has missed more games due to this than anyone in the league and it hasn't paid off for the Clippers. Management of the load didn't stop AD from getting hurt or mike Conley or Joel Embed. Those names are just guys who got hurt this playoff.

Any basketball fan wants to see good basketball and we are not getting it. Lebron is now even complaining about the number of games the league has played in such a short time. If any player wants to give back a couple million of their deal to play a shorter season, let's see it. If the players are willing to sacrifice what matters most to play less games to help their bodies and shorten the season, could the real slim shady please send-up. I'm asking that, but I can guarantee you not a single player will give any money back at all. I'm talking not one copper penny. If you want the league to continue to grow, then you can't play fewer games. Playing fewer games will lead to less money and less entertainment for the fans, and isn't that why we all watch. To be entertained! If you run a front office and you take the gamble that the clippers did and hired anyone Kawhi told you to. At the end of the two-year run, you have two second-round-outs to show for all your backward bending, I would say it may be time to go in a different direction. Unless you like burning money and pissing off fans.