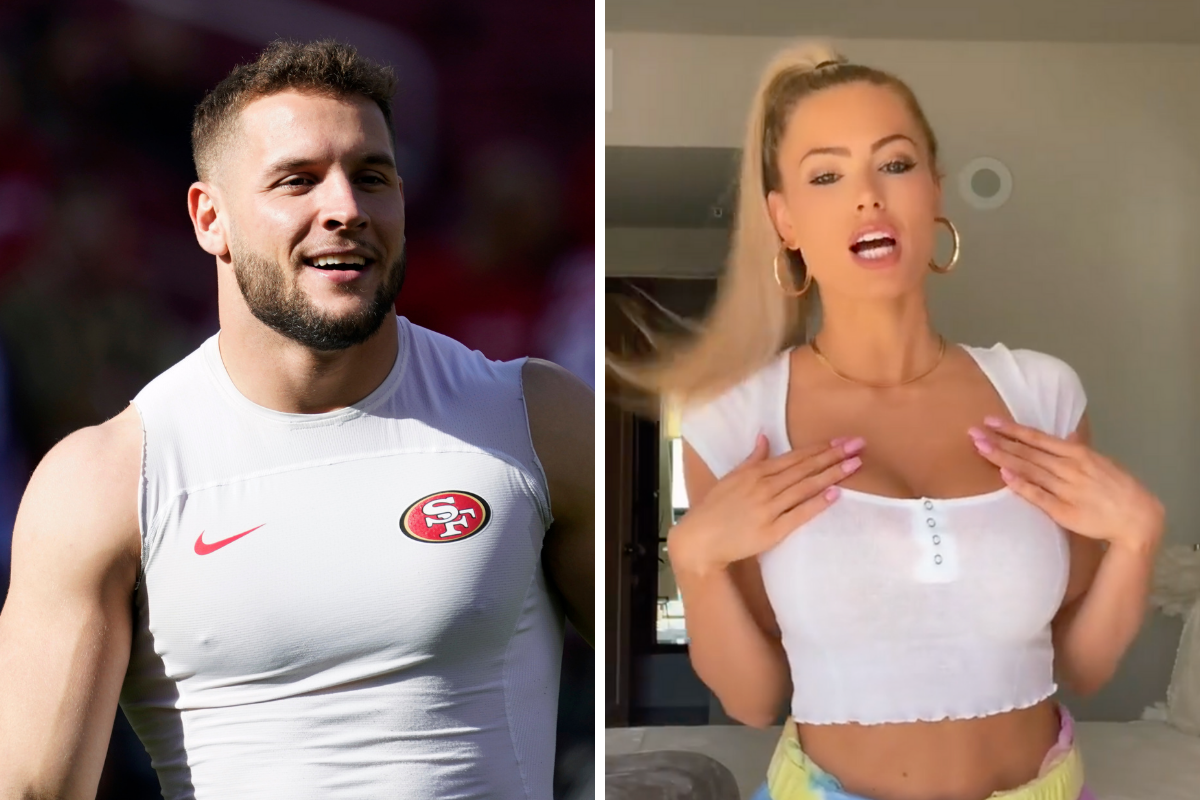 We all know someone who says dumb things more than we would like. If you don’t have one of those friends, it’s more than likely it’s you. It used to be that people could say dumb shit and it was between friends so they would laugh or cringe and that would be that. We don’t live in that world anymore. Now instead of your friends thinking you're dumb but your their dumb friend its ok. Now people yell and post videos of that dumb shit they used to say to you in the unforgiving and never deleted world of the internet. No matter the platform Twitter, Facebook or Instagram. We are saying so much dumb shit we forget as we get older and mature or simply never think to look back at what we said 5 years ago. So try that exercise if you get some free time today. For the average person in all honesty you will be fine. For someone like Nick Bosa you might have to deal with the backlash! See Nick Bosa is a great example of this exercise. As a young man at Ohio State he made some pretty interesting tweets that someone forgot to get rid of before draft day. Being the number one pick means every bum will go through your dumpster and pull out all your trash to find themselves a story. Nick Bosa’s old tweets didn’t disappoint. From calling Beyoncé overrated to leaning in on some comments about Obama. He has made some conversational posts for a locker room full of black men who love the culture he criticizes. The last time I heard from Nick he was recovering from a torn ACL and continuing his social run as a MAGA man! In another sport, politicly that may have been a problem. In football not so much. Look i don’t care who he voted for one bit just know if your gonna put that out for social consumption people are going to attack it.

Bosa’s political support didn’t stop people from cheering him on a football field and nor should it. Now his current girlfriend on the other hand may be a completely different issue. Remember at the start of this I talked about saying dumb things into the void of social media. She may be the queen of the vacuum. Someone had nothing else to do but look into her past tweets and they hit the mother-load of racist and homophobic tweets ever! I was expecting an I got hacked! it was so bad. For context she referred to herself as a “nigger magnet” in one of the tweets. She’s white by the way in case you were wondering. Don’t worry she didn’t stop there. She also dropped about 20 faggot tweets. Now people are gonna tell you she was 15 or 17 or whatever. Usually, I would take that into account but when you read these tweets they sound like a person who’s not full of hate but clearly lost in how hurtful some of this language can be. She sounds like a white girl from an all white school who loves black culture and didn’t know how to celebrate it other than to repeat the words and actions. She wants all the cool parts about black people and none of the downside. For someone who loves to talk black, there was no sign of support of the black struggle.

Let’s be honest about this entire situation. Are we shocked this is the woman Nick Bosa would be seen dating? Really? If you are surprised, then you clearly were not paying attention to him. This is the type of person he wants us to think he is right? He was open and public about all his tweets from the past. He’s been very vocal about his support for the Orange 45 and we know the type of people he travels with in the MAGA man entourage. So please tell me your not shocked to learn Bosa would be romantically involved with a racist bigot! If you think he’s with someone who talks like this and he doesn’t damn your dumb. This would be like Malcom X dating a pig farmer and telling us he hates bacon! Come on now! I don’t know if this will be a problem in the 49ers organization or the locker room. I do know they told their quarterback to stop dating porn stars so will they ask their star pass rusher to stop dating racist bigots? I think not!