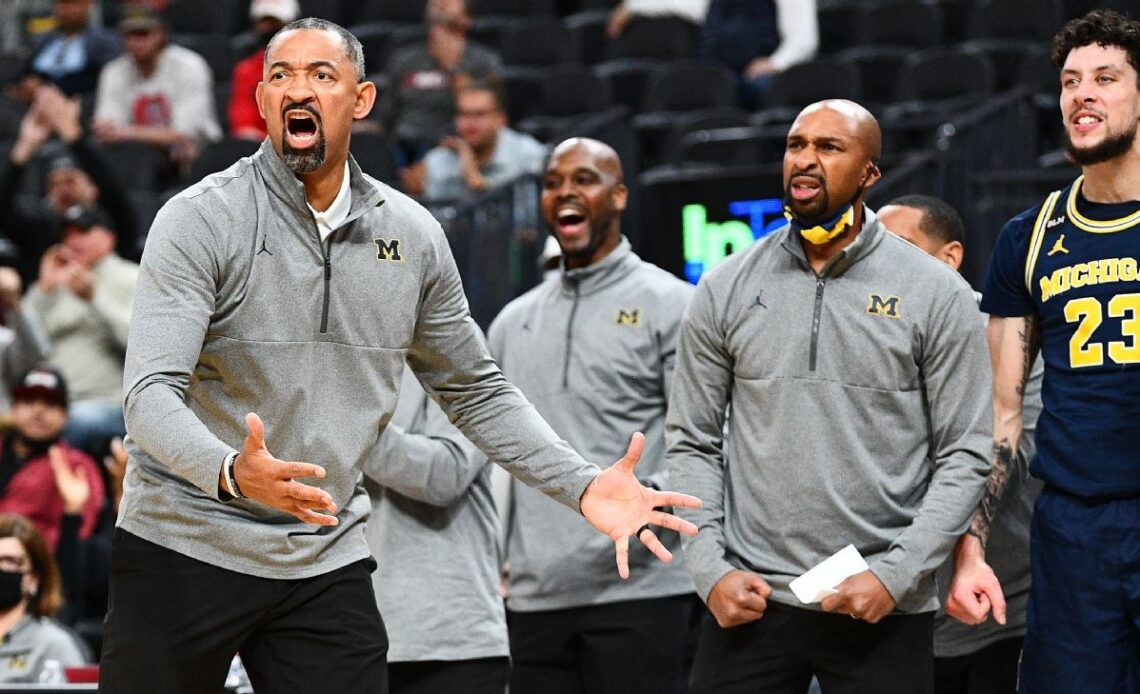 If you are mad about what happened between the coaches of Michigan and Wisconsin, we need to talk. Yea I'm looking at you, Dick Vitale and anyone else who thought what happened was the fault of Chicago's very own Juwan Howard. I don't need to break down what it's like to win or lose a game. I don't need to tell you how emotional college athletics can get on the floor and the sidelines. We have all seen coaches go after each other because of something the other has done. My favorite was when Temple head coach John Chaney went after John Calipari while he was coaching at Umass in a press conference. Some of these coaches are egomaniacs who only deal with resistance on the court. Not at their universities and not out in their communities. These coaches are almost always the highest-paid state employee. If you don't believe me, look it up. So when I see two of them go after each other, I'm never shocked. I love to see it.

The situation started at the end of the game, where Wisconsin had it put away up by double digits under fourteen seconds. Michigan still had all their starters in the game, which is a sign that the coach is pissed at that unit's performance and wants them to stay out there and suffer the loss to the very end. According to Howard, he had his team in a man-to-man look but to the regular person watching. It appeared to look like a full count press. He said it wasn't and that's just how they play man-to-man defense and if you watched any Michigan basketball since Howard took over you would know that to be true. The Wisconsin coach then calls a timeout with 14 seconds left to set up his players for the situation so they don't get another turnover which is what he is in his right and quite frankly should have done, but this is where the dust gets kicked up. Howard saw the timeout as a slap in the face and the Wisconsin coach saw it as a strategy and not a big deal.

As the two teams are going down the handshake line, which is one of the dumbest things going in college sports or any level for that matter, Howard pulls down his mask and tells the Wisconsin coach "I Will remember that." Wisconsin coach Greg Gard who's not a large man grabs Howard by the arm and tries to explain to him why he took the timeout and this is where I need to define a couple of things.

Have you ever been grabbed by another man or adult during a heated situation that you believe caused the problem? So not only are you pissed about what they did now they have the nerve to put their hands on you. Howard is from the south side of Chicago and so am I. You don't let anyone put their hands on you uninvited! Gard may have had honest intentions, but he ran into a person who at his roots has natural survival traits that kick in during moments like that one. Gard did not know he was now in ass whopping territory continued to grip Howard's arm until Howard yelled, " Don't fucking touch me! From that point you know and saw what took place. The finger-pointing of who did what comes down to Grad putting his hands on Howard! It's a handshake line keep it moving and if you had no ill will then see him in the back after everyone has calmed down and explain your side. Gard, who Howard slapped learned a valued lesson that day. Keep yo damn hands to yourself!