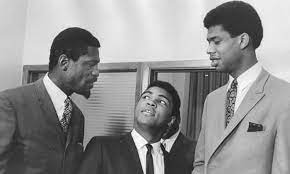 WHY YOUR BLACK FRIENDS MAY BE PISSED WITH TEBOW

Hey, Middle-aged white guy….
I wanted to take some time out of my day to help you navigate this cancel culture we live in by explaining to you why your black friends may be really pissed at Tim Tebow. Before we get into any of the details, I want you to know this isn’t about you my friend. We are not upset with you white guy. We have lots of white friends we know your not one of those kinds of white guys. This issue has a long history that won't be solved by a tweet nor by this post, but I hope it will help you understand why asking your black friend Jamal (I'm assuming) has he seen the Tebow news only to be greeted with a side eye and a slightly disgusted chuckle.

You may have heard by now, but if you haven’t, Florida gator legend and former baseball player Tim Tebow is signing a one-year deal with Jacksonville and his former coach, Urban Meyer. To some of you, this may come as a shock to see him back on the football field in a helmet. The return of Tebow means the return of many things, some we love and some we don’t care much for. Now before I try to break this down for you, I need you to understand something. Black people aren’t mad at Tim Tebow. Well, I take that back. If he kicked your ass in college or you played in the Steeler's secondary, you may genuinely hate the guy! This explainer isn’t about completion percentages or yards and touchdowns it's about something far more critical in the game of football, and that is the access to opportunity.

If you think this is about Tebow's public love for Jesus, which many people want to think this is, I couldn’t disagree with you more. Black people love Jesus just as much as anyone else. To see a Christian brother succeed and lead with faith is excellent for all God's followers. This is about access!

This isn’t about Colin Kaepernick he is just the most straightforward and most current example to use when trying to explain to anyone who will listen why the issue of access and opportunity is essential. The comparison on why one is getting a chance and the other isn’t has little to do with football the game, it's more about football the business. When you see players tweet about their frustration with the signing and not the person, I hope this will help you know the situation a little more clearly if you don’t already.

The one-year deal he got represents just how naked some of the excuses we have heard about why colin didn’t get a tryout or a camp invite. Tim hasn’t played since 2012 and hasn’t been in a camp since 2015, and that was at a completely different position. The light humor in him now playing tight end just makes this entire thing even more comical. This isn’t just a football thing either because it wouldn’t be an issue if it was. Since the dawn of sports black athletes have been told they are not smart enough to play quarterback. They're not welcomed to play baseball, and basketball was out of the question. It took men like Bill Russell and Jackie Robinson to be so good they couldn't be denied. Warren Moon had to show he could kick ass in Canada before they would let him be the signal-caller in the NFL. The fact that Tebow will walk off the streets and get a shot at catching passes from what many call a once-in-a-generation quarterback like Trevor Lawrence feels smug to people like me.

For a circus-like this to take place, you need all three rings of the big top to be in line. The owner, the general manager, and the head coach are all required to be on board. We know how Urban Myer feels about Tebow, so we will skip over that one. As the general manager, you mean to tell me that you couldn’t find a kid freash out of college after the draft who could compete for that job more seriously than a Tebow. He couldn’t find one body in free agency to come and take the owner's money to life in Jacksonville? The person I understand the most in this entire situation is the owner. I wouldn’t be shocked if it came out that Shad Kuhn, the owner of the Jags came up with this idea when he decided to hire Urban. The number of jerseys and press this is getting will be worth it alone.

The opportunity is possible because the people in power can relate to Tebow on a man-to-man personal level to see if he can make some magic out of what he has left. They know that feeling of fighting to prove yourself all over again in a new position. They can identify with him on a level that’s more than football. Having people who look like him in those positions helped him get this opportunity. If you don’t believe that, then this is where you may want to get the fuck off the bus.

Image if you had a black owner in his late sixties or early seventies from the deep south who has seen police brutality up close and personal during the civil rights movement. A general manager who knew what it was like to have that feeling when a cop pulls you over for driving while black in a nice neighborhood and an even nicer car. Imagine if the team coach was a new hire and was starting over and wanted to go with someone he knew could help his locker room and be a voice in rooms he couldn’t be. If that organization existed in the NFL, Kaepernick would have a job. The owner, general manager, and coach would all have the first-hand experience of what it's like to be in those shoes. The owner would know that signing Kap would sell jerseys and seats. Those who refuse to buy season tickets will be replaced by people who will because of the signing. The GM and coach will also have the trust of a locker room that is 70% black on a personal level because they would feel like they are cared about as men and fathers and not just football players.

So middle-aged white guy, I hope that helps you see the issue from another angle. It's not Tebow black people are upset with it’s the opputunity we don’t seem to get is what the problem is. Representation is everything!